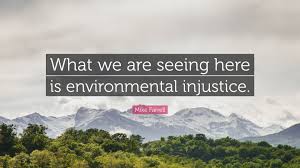 With a small number of studies done on the health effects of the incinerator and landfills on the residents who live near these locations, it hard to draw a conclusion specifically on the health issues the residents are currently facing. However, as seen with Love Canal, residents near these hazardous disposal sites are at a higher risk of developing chemical related diseases, as many Love Canal community members have developed cancer. For example, they experienced chromosomal abnormalities, as well as miscarriages and birth defects among pregnant women (McKibben). Residents living near trash incinerators are more likely to develop asthma and other respiratory diseases due to high levels of air pollution and truck-related emissions (Yuan 290).

Along side Love Canal, case studies like the Campo Landfill and Old Smokey incinerator, show that the residents of these communities are getting mistreated based on the color of their skin, social economic status, and other factors. These residents face discrimination in regard to procedural and distributive justice. As previously stated, many of the lawsuits filed against discriminatory practices have failed to pass, due to injustice and corruption within the justice system. Lower income, minority communities do not have the political or financial resources to fight against these injustices. Many economic and political practices have been used against these communities, thus keeping them in this cycle of environmental injustice, racism, and discrimination.

Video published by The Natural Resources Defense Council on April 22, 2019.