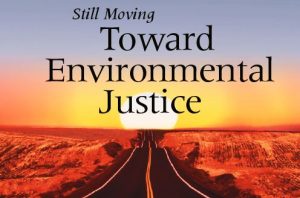 Although the environmental justice movement has been successful in many ways, there are counter-arguments that the EJ movement has failed to actually improve the environment of vulnerable communities, as people believe that environmental racism and environmental justice are not being conceptualized correctly. Many people believe that there are still many environmental discrepancies that exist between white and minority communities. This discrepancy between white and non-white communities is known as the environmental racism gap, which shows the inequality that persists between white communities and communities of color (Pulido 524-525). One way in which EJ activists have sought to fight this inequality is through the legal system by filing lawsuits. To date, eight EJ lawsuits have been made based on the Equal Protection clause of the 14th constitutional amendment, but all eight have failed to pass. This is due to EJ activists’ inability to prove that there was discriminatory intent, as a 2001 Supreme Court case changed the definition of “discrimination” (Pulido 526). Minority groups do not have the same political power as their white counterparts, making it difficult for them to have the United States justice system stand behind them. 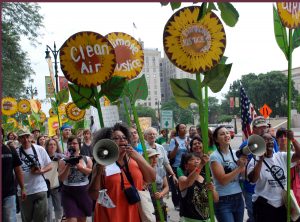 Additionally, Pulido highlights the corruption within the court system. Under the Civil Rights Act, public agencies that receive funds from the federal government are not allowed to partake in discriminatory practices. However, EJ activists filed more than 298 complaints with the Environmental Protection Agency (EPA) and only one was upheld. President Clinton issued Executive Order 12898 in 1994, which required that all federal agencies consider the implications of EJ on their activities. An evaluation was conducted in 2003 to study the effectiveness of this Executive Order by looking at four separate government organizations: the EPA, Housing and Urban Development, and the Departments of Transportation and Interior. All four of these government agencies failed to uphold the Executive Order (526).

It is important to rethink and re-imagine the EJ movement. Because communities of color and of lower socioeconomic status do not have the same political and financial resources as members of white, affluent communities, they need to find new and innovate ways to implement EJ. Also, members of the court and government officials have historically been predominately white, which also makes it difficult for these minorities communities to file lawsuits within the judicial system, as they continue to experience discrimination. 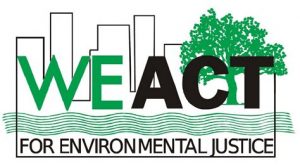 However, not all of the EJ movement is negative. There have been smaller, grassroots campaigns and movements for specific environmental issues, such as anti-nuclear campaigns, campaigns against incinerators/landfills, etc. Because these campaigns are specific to certain issues, they have gained traction within the EJ movement (Rootes and Leonard 1). The EJ movement has become inclusive, to include “anti-toxics movements” and the “people of color environment movement” (7). Additionally, while many people believe that only communities of color experience environmental racism, white working-class communities have also experienced environmental inequalities. For example, white residents of Love Canal, near Niagara Falls, New York, first brought public attention to the dangers of toxic waste exposure and disposal (7). Love Canal is a waste disposal site that was built under a local school, and when toxic chemicals began to seep into the group, children and residents experienced health issues related to disproportionate exposure to these harmful chemicals. Even though many Love Canal residents were white, they were of a lower socioeconomic class and did not have the financial resources to move out of the neighborhood. The work of Lois Gibbs, who was a local resident and mother, and other activists were able to generate media coverage and public attention to the issues faced by the local residents; this helped to further spur the EJ movement (McKibben).