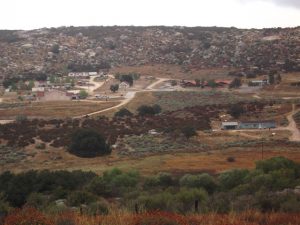 The Campo Kumeyaay Nation in San Diego, California established a landfill on their reservation in the late 1980s as a means to generate income. In San Diego County, there is only one waste disposal provider. When businesses and communities members dispose of their trash, they receive money in return. With only one site in operation, these communities members may not receive much money, as this site can control how much to pay people when they deposit their waste.

Currently, the only major disposal options in San Diego County besides the City of San Diego’s Miramar Landfill are controlled by one provider, a fact that makes it hard for communities and businesses to get the best price for disposal

The tribe originally wanted to build a casino, but they did not have enough support, as they were isolated from urban areas. Eventually, in 2000, the Campo Kumeyaay Nation obtained financial backers and began working on the preliminary agreements of the casino, as they were able to finally construct a freeway that would allow visitors to access their reservation. The casino opened on August 15, 2001 (“Campo Landfill”).

The establishment of the landfill received protests from members of the neighboring white communities, as they believed that the landfill might contaminate ground water and the surrounding environment (Pitelka). Because the landfill was built on their reservation, it did not have to abide to federal or state laws and regulations, but the Campo Kumeyaay Nation stated that the landfill still follows all the necessary regulations. For example, the Campo Nation regulates the waste that comes in and out of the landfill, and they work to ensure that no hazardous waste will enter. Additionally, they work with a private recycling company that is responsible for the day to day operations of the landfill, and ensures that there will be no leakage or groundwater contamination (“Campo Landfill”).

The Old Smokey Incinerator is an example of the injustice faced by minority members in the U.S. From the moment the incinerator was built, and the health issues the residents are dealing with years after its forced shutdown, shows the lack of aid and engagement of the government towards a certain population of people (Madigan). This incinerator was located in Miami, Florida and fully functioning from 1926-1970, a total of 44 years. It operated as a solid waste incinerator, and was only shut down after the City of Coral Gables filed a lawsuit against Miami (Old Smokey). This incinerator was known for emitting extreme amounts of ash and smoke, hinting at its name. Within the 44 years, the community members constantly complained and no action was taken to ensure the safety and health of the residents in this area. This is an example of slow violence, as community members suffered the environmental and health implications of this incinerator for generations. Additionally, the impact was not only felt by the residents of West Coconut Groove, but the neighboring town of Coral Gables, and they (City of Coral Gables) took action for their residents.

After the shutdown and reconstruction, elementary schools, homes and churches were all built around the incinerator (Old Smokey). Tests were later conducted in 2011 at the site of Old Smokey, and the soil was found to be contaminated with lead, arsenic, and other harmful substances, in outrageous amounts. The incinerator was releasing these same toxic chemicals and more into the air, but the soil that homes and schools were being built upon were also another threat to the residents. Some of the residents who were growing up around the time Old Smokey was still functioning, recall when the ash would blow in through their school windows. Elaine Taylor, talks about the time her and her mother had to re-wash their clothing that were on the clothing line because the ash would cover them (Madigan).

The testing is continuing and occurring further away from the site of Old Smokey because there are more contaminates still being discovered. The site still hasn’t been full removed and not much positive actions have been taken (Old Smokey). Other community members go on to mention that they stopped taking their grand-children to many of the parks because of the discovery of the chemical in specific areas. Although cancer researchers have found that many of the residents of the surrounding areas have been developing cancer, they believe there is not enough research done to draw the conclusion that there is a correlation between Old Smokey and the cancer risks (Madigan). This case study deals with residents of minority and lower income communities, and targets them for their lack the resources to fight for their rights to a healthy environment. 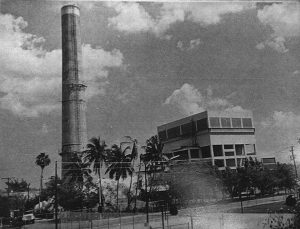