Snakes in Religion and Culture

The two Religions/cultures whose stories focus on are snakes are in Nordic Mythology and Mesoamerican/South American Mythology, but we will talk about some common themes shared by many religions when it comes to snakes. In Nordic Mythology, snakes were viewed as symbols of death, destruction, and pain, especially when referenced to the Midgard Serpent also known as the World Serpent who when risen, would bring about the end of the world (Mandt). In Mesoamerican culture, snakes were worshiped as gods as seen in Aztec religion when worshiping Quetzalcoatl who was a large feathered serpent (Rudolfo) as well as in other cultures such as the Inca (Métraux).  This god-like creature otherwise known as the Feathered snake brought rain and gave maze/corn to the people. Lastly, we will focus on how snakes have been seen differently by various cultures and have been seen as immortality and death, male and female, deity and demon, circle and line, killer and healer, the highest wisdom and the deepest subconscious (Morgan; Gordeev). 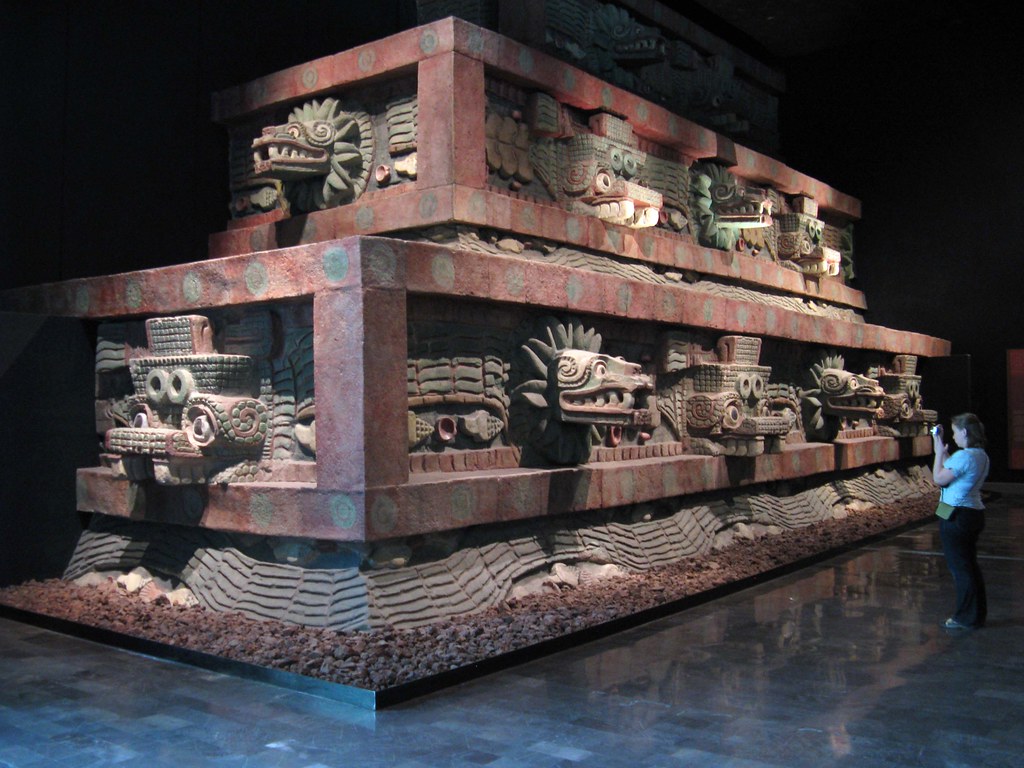 Replica of the Pyramid of Quetzalcoatl, source: Travis S. (Flickr)

The Christian and the Jewish people have three interactions with snakes of note.  The first being the snake in the garden of Eden, a physical embodiment of the devil(Gen 3:1-20 King James). Others include the character, Moses, one being the serpent on the staff as the Isrelights wandered in the desert(Numbers 21:4-9 King James).  Finally, Aaron”s (Moses son) staff turning to a snake in front of Pharoah and eating the Magicians snakes (Exodus 7:10 King James).  Among these stories, the Eden story is best known giving the serpent a bad stigma.

Despite the reverence for snakes in South America, the majority of people in and near the Everglades come from  Western Europe predominantly christain nations that see the snake as an evil to be feared. when an organism is feared it is most commonly killed off whether that is a top predator such as wolves and mountain lions or the massive dark forest of the new world.  However, religion much like Environmental History is not static. the man reason we have the religions we have today is they have adapted and absorbed different smaller religions that have cultural influences.  A part of the flexibility of religion is that oral storytelling allows people to add in a culturally relevant twist to old and foreign tales.