Human Relationship with the Ocean and Sharks 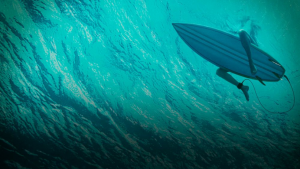 Depiction of Thalassophobia via Columbia Pictures

Throughout history, humans have relied on the ocean as a vital source of sustenance, transport, commerce, growth, and inspiration. Yet despite our extensive reliance on the ocean, more than eighty percent of this vast, underwater realm remains unmapped, unobserved, and unexplored (NOAA, 2018). The course of natural evolution has led humans to a life on land. While we feel most comfortable on solid ground, the ocean covers more than 70 percent of the surface of our planet (NOAA, 2013). The expanse and depth of the ocean stimulates a fear within almost all humans that is formally known as thalassophobia (Grundhauser, 2016). This fear is most often associated with the most daunting predators that can be regularly found in the ocean, most notably the Great White Shark. Anxieties about sharks are strongly tied to the complicated cultural relationships that people have with the ocean, both as a place of wonder and terror (Thompson, 2018). 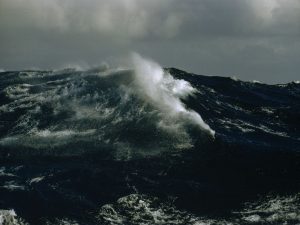 There have historically been associations with the ocean, similarly to areas of wilderness or wild, as an alien, savage space, populated with monsters and mysteries. In Rachel Carson’s The Sea Around Us, the famous author declares that man has “returned to the mother sea only on her own terms. He cannot control or change the ocean as, in his brief tenancy of earth, he has subdued and plundered the continents.” (Carson, 1951). This statement furthers the narrative of humankind’s inability to tame the ocean, coupled with views of it as a space it is uniquely wild and untouched. Human attitudes towards the ocean and sharks are linked by these ideas. Historians such as Harriet Ritvo and Jon Coleman have said wild predators are often seen as competitors or useless vermin (Thompson, 2018). However, when these species become a threat to humans, often times the popular solution is eradication as we have seen in the cases of wolves, big cats, and other large, predatory species. When solely analyzing the case of sharks, these same attitudes are prevalent through the use of the term “shark-infested waters” (Thompson, 2018). Speciesism towards sharks is evident through humankind’s failure to recognize shark species’ natural place in marine ecosystems but rather as a threat and problem. While we are naturally anxious when in the ocean, humans still attempt to control shark populations because of the threat posed towards people when we are present in another species’ natural place. 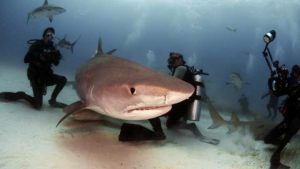 The uneasiness that humans experience when in the ocean is not irrational but is rather a primal instinct of ours (Grundhauser, 2016). These fears, in many cases, can be traced back to films such as Jaws that instill baseless reasoning that species such as sharks are malevolent. However, in the past few decades, humans have had more interactions with the ocean and sharks as a result of social, cultural, and scientific development. The wide range of understanding of sharks through people’s contact with the species both in person and through media are shared not restricted to scientists (Thompson, 2018). Biologists, collectors, fishermen, surfers, divers, conservationists, aquarists, and filmmakers are just some of the groups of people that have developed an intricate knowledge and a way of talking and thinking about sharks. Each of the stakeholder groups has their respective backgrounds, experiences with sharks, and levels of professional expertise. Creation of a community of the stakeholders that can settle on a consensus is pivotal to understanding the human relationship with sharks.

Carson, Rachel. The Sea Around Us. Oxford University Press, 1951.

Thompson, Michaela Jane. “Governing the Shark: Predators and People in the Twentieth Century and Beyond.” Dissertation Abstracts International Section A: Humanities and Social Sciences, vol. 78, no. 7–A(E), ProQuest Information & Learning, 2018.

US Department of Commerce, and National Oceanic and Atmospheric Administration. “How Much of the Ocean Have We Explored?” NOAA’s National Ocean Service, 7 July 2018, oceanservice.noaa.gov/facts/exploration.html.

US Department of Commerce, and National Oceanic and Atmospheric Administration. “How Much Water Is in the Ocean?” NOAA’s National Ocean Service, 1 June 2013, oceanservice.noaa.gov/facts/oceanwater.html.