A pangolin, seized from poachers and reintorduced to the wild at the Tikki Hywood Foundation in Zimbabwe. Source: National Geographic

The Tikki Hywood Trust in Zimbabwe rescues and rehabilitates pangolins. Each caretaker (also referred to as a “pangolin minder”) has developed a relationship with their pangolins and their efforts have resulted in many successful rehabilitations (UN Environment 1). In a video made about the so-called ‘Pangolin Men’, one of them says: “Here in Zimbabwe, we are proud to save the pangolins. Everyday with my friends we protect the animal. We walk them, we feed them, we protect them like our children” (UN Environment 1). The pangolins that they care for are rescued from poachers and really need their help. Both the caretaker and the pangolin are place-making by being allowed to work together and grow stronger. 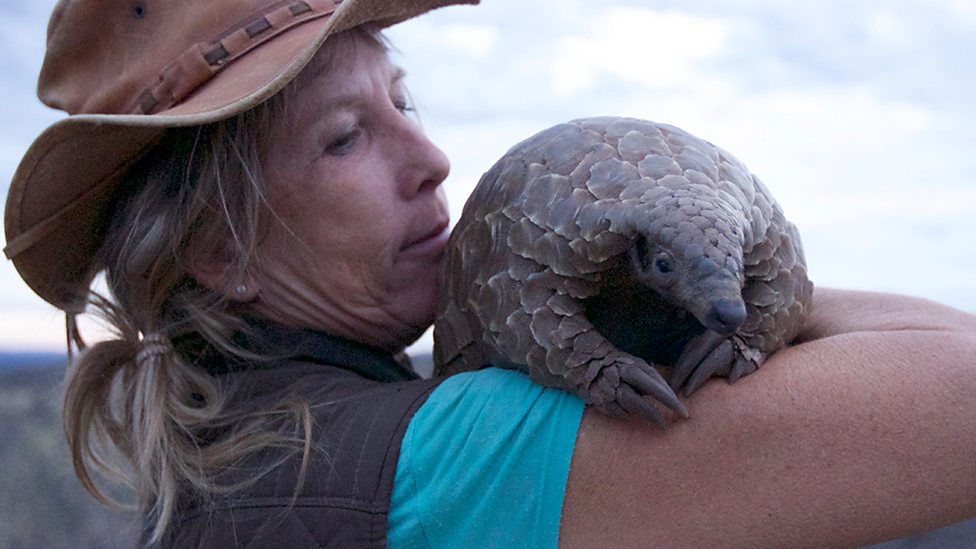 The star of “The Worlds Most Wanted Mammal” Honeybun and his caretaker Maria. Source: BBC

This idea is even better evidenced in the Nature episode “The World’s Most Wanted Animal” which follows Maria Diekmann on her journey to save the pangolins in Namibia. She runs REST (Rare and Endangered Species Trust). She is place-making with her pangolins (especially Honeybun) because she needs to walk them for 5 hours a day so that they can forage for insects to eat. She has spent thousands of hours doing these walks and she says that she’s probably seen things that no one else has. There are not a lot of concrete findings about pangolins and so she says that they are trying to sort through what has been “found” to see if it’s true or not (“The World’s Most Wanted Animal”). Both caretaker and pangolins are engaging in place-making when just being themselves outside and learning about each other. Steven, someone who now walks Honeybun at the new pangolin rehabilitation center that Maria created, has developed a very close relationship too by caring for and learning from the pangolins (“The World’s Most Wanted Animal”).