Though there are eight species of pangolins across Africa and Asia, their similar lifestyles lead to similar ecological niches in their environments. With their claws, they are able to burrow into the ground, giving them access to food sources and also aerating the soil in the process, making it easier for water and roots to penetrate the ground. This also mixes up soil to bring nutrients back to the surface to help with new growth. Pangolins are also vital regulators of pests in their environment, consuming termites and ants. It is estimated that in a one year a single pangolin can eat more than 70 million insects (Pappin).

Females typically only have one pup, but cases of twins are not unheard of. With such a low reproduction rate, the effects of wildlife trafficking are devastating to population numbers (Hua et al. 106). Their scales serve as protection, and much like armadillos, curling up in a tight ball is an instinctive defensive mechanism. When threatened, pangolins also emit a noxious acid from glands in their skin to deter predators (African Wildlife Foundation). These defenses, while effective against wild cats and birds of prey, provide little protection from poachers who can easily snag the innocent creatures from their habitat. One-to-one reproduction makes it nearly impossible for the pangolin populations to recover and reproduce faster than they are being captured. 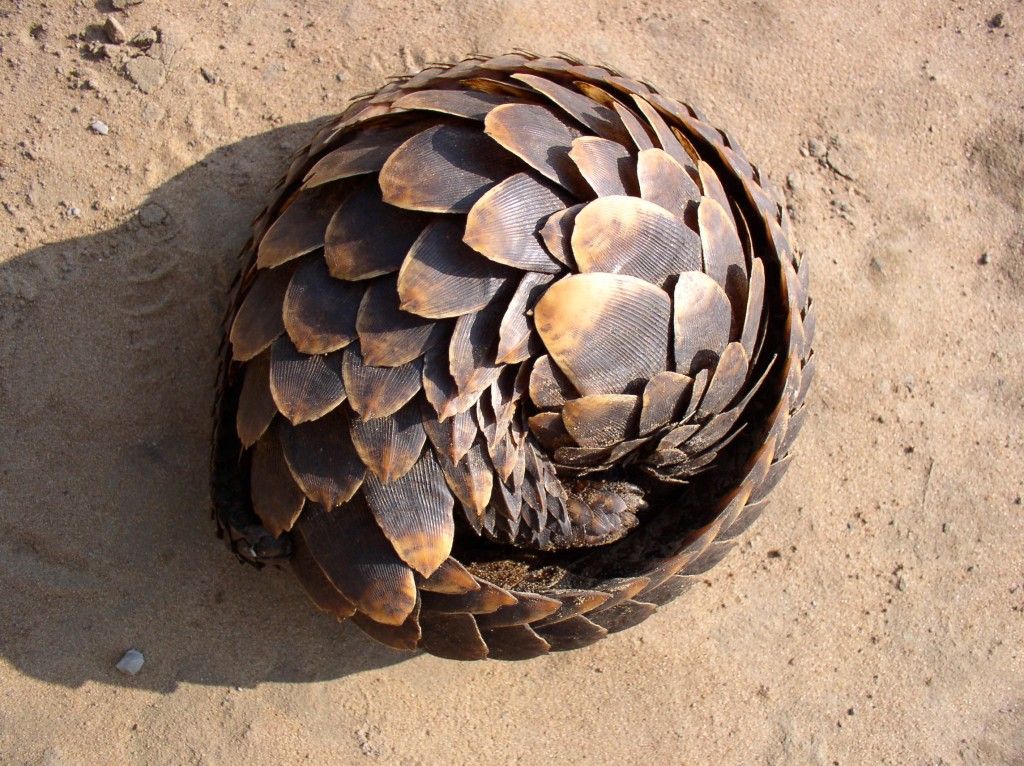 A pangolin curling up to avoid attack or predation. Source: Pinterest