Possible Changes to the Film Industry

In the recent past, independent film producers and major companies started to implement green and carbon neutral films, which limit the environmental impact of producing a film regardless of the topic (Bailey, Greenlit). Many film companies created a new position,“sustainability director,” whose responsibility is to oversee production and minimize the environmental impact of each film (Brodsky 1). By taking this step, the film industry is recognizing the potential negative environmental impact of producing movies. It is important to spread awareness within the film industry about of the amount of energy it takes to produce a film and the effect that it has to the biophysical world (Bozak 190).

Production companies are striving to achieve carbon-neutrality, which is when a measured amount of released carbon is balanced out with the same amount being sequestered or offset (Bozak 17). There are many examples of small changes made during film production, that have had a positive impact, such as the implementation of biofuels or biodiesel instead of fossil fuels, using LED lights on sets, and solar powered trailers (Brodsky 2). The use of fossil fuels was a major environmental issue for the film industry and moving towards the use of renewable energy is an important next step in the effort to produce carbon neutral films. Film production companies in Iceland are using geothermal and other renewable energy resources to power all the energy need to support media production (Kääpä 257). 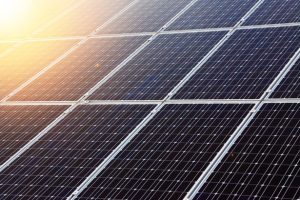 In the United States, the government created major tax breaks for producing a film with no waste, giving an incentive to production companies to start moving toward carbon neutrality (NT). Holding film companies accountable for the amount of waste they produce, through fees and penalties, is one of the only ways production companies will start changing their production methods (NT). The film Greenlit concluded that in order to really make an impact on film sets, it’s small changes that make the biggest differences like recycling, removing plastic water bottles and composting (Bailey, Greenlit).

There are many things that the film industry can implement to reduce their impact on the environment, however it is more difficult to do then most research points out. There are many different stakeholders that need to implement greener practices (Kääpä 259). Stakeholders include electronic production companies, the transportation industry, food production, the film production industry, and many more. In order to reduce the complex and wide-ranging environmental impacts, each of the stakeholders will have to adopt greener practices to create positive environmental change (Kääpä 259). All levels of the industry must incorporate an environmentally conscious mindset that will create positive change throughout the entire industry (Kääpä 254).