There are numerous laws and regulations that the federal and local governments put in place to help combat the negative environmental impacts of environmental films. However, some state regulations in the United States are lax and permit granting allows filmmakers to completely disregard the environmental impacts of producing their films (Flanigan 70). This can create further problems because ignoring potential environmental issues can lead to costly clean up expenses, negative publicity and bad film grosses (Flanigan 70). Negative publicity is something that the film industry wants to avoid because the success of a film is based on the public’s opinion of the film and the practices used to create it.

Environmental impact statements are one way that the United States government tries to avoid major environmental consequences, including the destruction of an entire ecosystem to create the perfect scenery for a film. Environmental impact statements work with the production company to determine how the environment will be affected by their film and if they can go forward with production. In the film, The Beach, the naturally occurring vegetation was replaced with palm trees to look more aesthetically pleasing to the audience, matching the cognized environment that the general public has of a perfect beach ecosystem (Bailey, Greenlit). 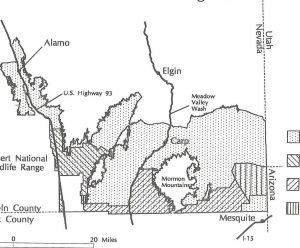 After the production was complete, the modified ecosystem could not withstand the intense rainy seasons and tropical storms of the area, so the beach was destroyed due to non-native plants inability to protect the coastline. The film industry rejects using environmental impact statements because it is a long and expensive process that does not have any benefit for the production company (Flanigan 72). However, these statements are needed to ensure that ecological disasters, like what occurred after the filming of The Beach, does not happen in the future.

Studies show that the only successful strategies to motivate production companies to be carbon neutral is through positive reinforcement, tax brakes, or negative reinforcement, like fees or penalties (NT). It is argued that sustainability is not a possible practice until it is embedded into industrial and economic regulations (Ozdemirci 1). For individual film or production companies going green can be expensive, because it yields and overall higher cost, then to use traditional and less eco-friendly practices. 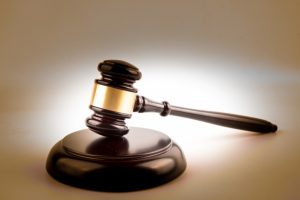 The production of the X-Files movie, where the set enforced a no-idling policy, to reduce the amount of fuel used during production in order to achieve a more carbon-neutral footprint (Brodsky 2). They even saved thousands of dollars by donating props to charity and utilizing recycled materials whenever possible (Brodsky, 2). By using initiatives like saving money, the film industry is able to many changes to how they produce films, while using more environmentally sustainable practices.

The United States government recognizes that it is very difficult to enforce strict laws about film production because the majority of the regulations are written on the state level. If a state like California does not approve a film go into the production phase because the environmental impact statement finds it will cause too much harm, the film company does not have to suspend production, it can just move to another state with more lax regulations like New Mexico (Flanigan 80). To ensure that environmental policies are followed, implementation and enforcement needs to be done on the federal level to combat discrepancies of legislature on the state level. By making this change, the US government will be responsible for holding companies accountable for unethical practices and uphold the importance of using sustainable practices across the entire film industry.