Environmental film is a key contributor to environmental communication because, like music, it is a way for scientists to communicate the ideas of science without maps, graphs, or numbers that could be difficult to understand without a science or math background (Hansman). Communicating ideas is best done through media because it is one of the key contributors of how our society functions and develops (Rust 2015, 3).  One of the many mediums of mass communication, is film which scientists use to convey impact of humans on the rest of the world (Hansman). Environmental film depicts the consequences of mistreating the world’s resources and ecosystems. It evokes emotion when viewers see waste, like “recycled” computers, that they have thrown out polluting drinking water for people in a rural town in Africa (Brown, Terra Blight). Once an individual has an emotional connection to the cause, they are more apt to support it, thus creating positive environmental change.

Environmental film like ecomedia can reach a greater audience by raising awareness for key environmental issues and forcing people to reshape their current thoughts or ideas about different environmental topics (Corbett, C. 6). Environmental film is just one example of ecomedia, or the use of media to communicate what is going on in the environment (Rust 2015, 2). By capturing nature on film, viewers are given an experience like being 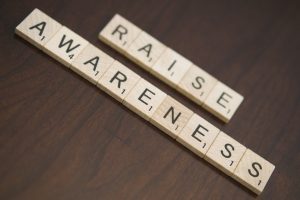 immersed in the natural world (Rust 2013, 19). By immersing viewers in the natural world in which they are polluting they can see the negative consequences they are imposing in the environment as if they were there with the scientists. This is an experience that is difficult to replicate using other sources of communication, thus making environmental film an important way to convey messages about the environment to the world.

Some may argue that the TV industry has shown a significant interest in environmental issues in the early 1990s and from 2002 to present (Corbett, C. 5). However, the interest in environmental issues is rising due to the content of shows and films as well as the philanthropy and charity work of celebrities, rather than producing green or carbon neutral films (Corbett, C. 5). Environmental films are becoming increasingly popular and generating growing interest from the public due to the highly debated topic of global climate change. The general public wants to know more about the environment, thus creating demand for environmentally focused movies, television shows, or philanthropic efforts.