Once inside the human body pesticides can have many adverse health effects. Many studies have shown that pesticides can harm a number of normal biological functions such as cell replication and nerve interactions. These disrupted functions can lead to cancer, neurological damage, psychological impairments, and other chronic diseases. The detrimental effects are known to be amplified in children, especially when exposure happens in utero (Alavanja et al., 171). 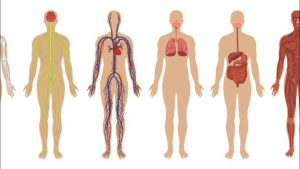 Certain pesticides and pesticide formulations, such as organochlorines like aldrin, chlordane, and DDT have been found to be carcinogenic in animals during laboratory testing (Alavanja et al., 162). While it is difficult to draw conclusions about human effects from animal testing, researchers have found several types of cancers in humans that are believed to be linked to pesticide exposure. An excess of non-Hodgkin’s Lymphomas has been found in many farmers who work with phenoxyacetic acid herbicides, organochlorine pesticides, and organophosphate pesticides. In fact, compared to all other workers, farmers and pesticide applicators were at a greater risk of cancer mortality from the lymphatic-hematopopoietic cancers (Alavanja et al., 163). Pesticide exposure is known to be a cause of both chronic and acute forms of leukemia in children and adults. Specifically, chronic lymphocytic leukemia is common in farming and animal breeding areas while hairy-cell leukemia, a rare B-lymphoid chronic leukemia, has a significant association with insecticide exposure. Many spray-on pesticides have caused lung cancer in humans and laboratory tests performed on rats provides evidence to support this. Other cancers that have shown strong associations with pesticides include breast, prostate, liver, brain, and Hodgkin’s disease (Alavanja et al., 174).

Pesticide exposure has profound effects on the nervous system as well as deficits in neurobehavioral performance and abnormalities in nerve function. High levels of exposure can lead to headaches, dizziness, nausea, vomiting, pupillary constriction, excessive sweating, tearing, and salivation. In more severe cases, those affected  may experience muscle weakness or twitches, changes in heart rate, bronchospasms, convulsions, paralysis, coma, or even death. Those with a long history of pesticide exposure may have deficits in cognitive and psychomotor function, decreased vibration sensitivity, and impaired nerve conduction (Alavanja et al., 176). Similarly, chronic low-level exposure has many of the same health effects, but may also cause can cause fatigue, weakness, chest tightness or difficulty breathing, insomnia, confusion, and difficulty concentrating. Deficits in nerve function and loss of sensory and motor function can also occur. 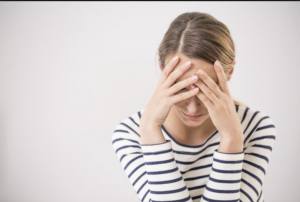 Pesticides are known to cause psychological distress in humans. Source: COPD News Today

An increased risk for several mental disorders and abnormalities can occur with pesticide use. Among these neurological diseases include Parkinson’s disease, amyotrophic lateral sclerosis (ALS), dementia, and Alzheimer’s disease (Alavanja et al., 178). Research also shows pesticides are also associated with brain changes related to autism, aging, and neurodegeneration. Prenatal pesticide exposure has been associated with working memory deficits, IQ reduction, and decreased behavioral competence in affected children (Shriver et al, 26). One case study looked at a group of farmers and compared several mental functions to a control group. The rates of anxiety, insomnia, and severe depression were significantly higher in the farmers than in control group. Disorders affecting selective attention, divided attention, verbal memory, nonverbal memory, prospective memory, spatial functioning, and initiative or energy were all lower in the farmers. This study showed pesticides could be a huge contributor to psychological distress (Malekirad et al., 4). This is supported by evidence in other studies which shows pesticides can cause changes in mood, specifically tension, anger, and depression (Alavanja et al., 176).